You are here: Home / Me stuff / External voices and DV

In my early 20′s I was an extremely independent and head strong young woman. I was in a long-term relationship with a great, caring guy who was my best friend, but I wanted to travel and wanted to do it alone!

I packed my bags and headed to Asia. I travelled through Indonesia, Thailand and Nepal before landing in England with a four year visa.

Whilst in Thailand, I’d met an English guy who was nice and who seemed to like me. The feeling was mutual. So when I landed in England I gave him a call and we struck up a relationship.

Soon after, I went to live with him and his flat-mates. Things went well for a while, I was still independent and I would travel and sightsee London on my own and I began my interest in the health food industry and alternative health.

Things within the relationship started to change over time and although he was attentive and would say the words I wished to hear, there were also some very dark days. This man started to physically and emotionally abuse me.

I was shocked and in denial;  and didn’t ever think that it was real.

And it continued throughout the relationship.

The one thing that confused me the most; there wasn’t any punching in my experience. Well, there was one time he punched my leg hard on a plane – totally unacceptable I know – but my head was saying ‘it was only my leg’.

At the time, all the advertising and TV shows portrayed abused women with bruises, black eyes or broken bones. My case was not like that at all.

And so I was confused as to whether or not I was being abused.

Though, I knew it didn’t feel right.

There were obvious threats; pushing, shoving, kicking, holding me up against a wall, yelling in my face, a few occasions he put his hands around my throat, water was poured over me in bed and one morning I was woken by being repeatedly hit hard over the head with a pillow.

There were also times when we were out with friends and I may have said something he didn’t like or felt I was embarrassing him, so he would squeeze my hand hard until it hurt, in order to let me know he was unhappy with me and to shut me up.

And there were also emotional abusive things said, but no ‘beatings.’

And it was this subtleness (sometimes it wasn’t that subtle) that had me questioning what was happening. This was me in the middle of my mess 26 yrs and looking like a normal young woman. At the time I took this photo I thought I looked happy and like myself. Looking at it now, all I see is sadness and confusion.

When I was in the middle of the mess, I actually wished that he would punch me in the face ( I even called his bluff on a few occassions and asked him to)… crazy I know… but at the time I felt that if he hit me in the face, it would have been blatant and would clarify to me that it was abuse, as it would match the description of domestic violence that was usually portrayed.

And I craved for mainstream media, articles and the community to show what was happening to me, was domestic violence.

The slow, abusive manipulation resulting in the  deterioration of my self-esteem, was quite astonishing in hindsight.

I had become so self-conscious and my self esteem plummeted so much, that I no longer had the confidence to make phone calls to arrange or organise anything around the house without having him give me the ‘correct’ words to say.

I felt like I was unable to drive a car without his guidance.

I felt, if only I didn’t do x, y, z,  then it wouldn’t happen again, as I was usually to blame for his outburts.

Not to mention, that there was much emphasis not to tell anyone, as I would then be breaking the loyalty between us…go figure?

I felt so alone and confused.

This was what it was like for me within the ‘relationship’.

Yet at work, I could be myself.

There, I was in my element. I was strong, learning loads about alternative health and finding a new passion that fuelled my interest. But behind closed doors was very different.

I was very ashamed.

And even now, I can still feel the shame at times.

Domestic violence is rarely spoken about in the greater community because in some way, as a victim, you do feel like you are to blame.

I felt that I allowed someone to take my power away from me, and although I am in no way responsible for how he chose to conduct himself, I still felt I was at fault and guilty.

And in all the years we were together, I think I was in denial.

As the abuse was a foreign concept to me and I thought he couldn’t really believe in what he was doing, thinking “Surely he didn’t mean it?!”

During this relationship, I found the courage to open up and tell two people about what was going on.

One person was his best mate on a boozy night out – I wasn’t really sure whether he remembers though, as nothing else was said or mentioned.

The other person was our female flatmate, who we were living with at the end of the relationship. I opened up to her as a cry for help with the hope that by telling another female, she might help pull me out of the mess I was in. Unfortunately, this woman began to completely ignore me and retracted from me for the rest of the time I lived there. In fact, she seemed to even side with my boyfriend.

And it was at this time, I thought I was going completely crazy. Like, really crazy. I was swirling and confused…

The two people I was living with – my boyfriend and my female flatmate – were treating me like there was something wrong with me, to a point where I was treated as an outcast. In fact, I know now that they were gaslighting me.

I was still being physically threatened and at that stage we had moved back to Australia and I was trying to reconnect with family and old friends.

Though, the one thing that saved me – which had been constant throughout the whole time  – was my truth, my inner voice.

Over these years, my Inner Self had been talking to me.

It was so strong that it sometimes kept me up at night. It would be so loud that I couldn’t sleep, repeatedly telling me that I was strong, independent and that what was happening was wrong.

After five years of hearing these messages, whilst also being told otherwise by my boyfriend (e.g. you’re weak), I was confused.

I had not been listening to my inner self purely due to fear; fear of being rejected, fear of change, fear of isolation, fear of loneliness, fear for my safety, and I guess more than anything, fear of not being accepted for who I was.

I was rejected from being myself,

I was isolated and lonely,

and I definitely wasn’t being accepted for who I truly was.

What I learnt during this time, was that your Inner Self is always re-enforcing your truth. It doesn’t matter how many times your fear overrides and pushes it away, it will find a way to urge you follow your truth.

And I eventually left.

Though even after physically leaving the flat we shared, the emotional abuse continued.

As he needed me, to get his visa.

And he tried to manipulate me to lie on the immigration documents. He even asked my mum too as well. He used statements like, ‘well everyone in the UK thinks your selfish, everyone else does it, it’s just a form and its not like we haven’t been together, all my work friends know and think you’re a bitch for not signing – and the kicker – you’re responsible for sending me back!’.

But I didn’t do it. I didn’t sign those forms.

I’d made friends with myself again and started to listen. It took me a while to sever those hooks from him but I did. I started to listen to my inner self again, I listened so hard that it soon led me toward my energetic healing, ultimately giving me the confidence to change my life.

And if I hadn’t listened, I may not have my two beautiful boys and now partner, who I can be myself with.

AND TO BE ABLE TO TELL YOU…

Pushed, kicked, shoved, threatened, chased, pinched, bitten, squeezed by the hand until it hurts, spat on, water tipped over you, pulled or hit…

It is NOT OK to have things thrown at you, personal items destroyed, to be hit by soft things such as pillows, hoodies, jackets, towels, shirts etc…or hard things such as pots and pans, shoes, chairs, books etc

It is NOT OK to allow someone to isolate you from your friends, family, support network, work or people you live with…

Just know that things can be better.. you can be happy and it is NOT YOUR FAULT!

And please reach out and seek some professional guidance after such a mixed up episode in your life. Support yourself by allowing others to support you, e.g. counsellors, psychologists, and any other practitioner that you feel you trust.

I received so much feedback regarding this article that I wrote a follow up post >>  ‘And there is more Change and Expansion.’

P.S. Please share with your family and friends on your social networks if you feel it can help, even one person.

And there is more change…? and expansion! (Ultimately, You Know Your Truth, Part 2) » 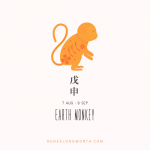 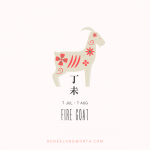 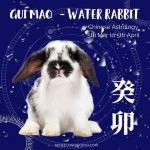 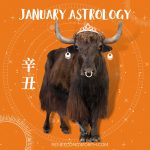